What You Need to Know About Chaetomium: A Highly Destructive Mold Type 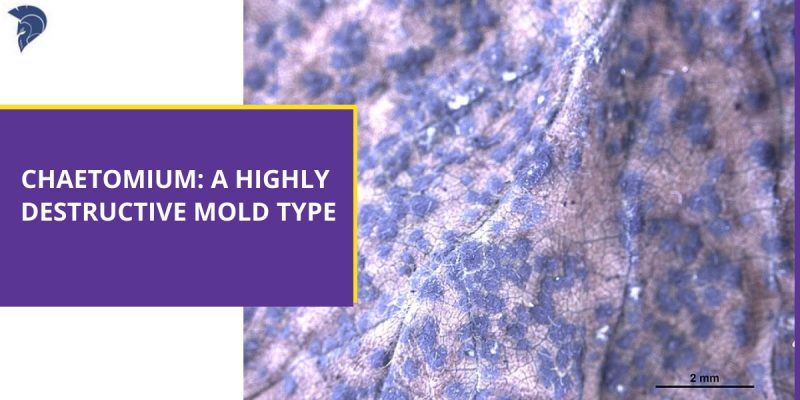 Mold growth is a common headache among property owners. With over 100,000 identified mold species; the task of mold remediation might not be as easy as it sounds.

Among the prominent mold types, molds of the Chaetomium types are considered to be the most destructive and dangerous. As a responsible house owner, it is handy to be knowledgeable about some characteristics of the Chaetomium mold species and its impact.

Chaetomium fungi species appear in colonies and have an initial white cotton-like appearance. The colonies that mature turn to grey or olive color.

Akin to the other mold types, Chaetomium spores once mature, gets airborne to spread. Once the airborne spores land on any material which seems damp and is rich in cellulose e.g. drywall or wood, the spores start developing colonies.

Most Chaetomium species thrive ideally at the temperature range 25C to 35C.

Chaetomium mycotoxin tests on animals have shown that it is toxic to the spleen and the liver apart from being extremely toxic when consumed in the form of an infected food particle.

Where can you find Chaetomium?

Any cellulose-rich area within your house that has previously suffered water damage can be a thriving haven for Chaetomium. Damp attics, leaky pipes, and areas around the sink can be the main culprits. Also, keep an eye out on your backyard for white cottony stuff growing on soil, plant debris, and animal dung.

The musty smell and distinctive coloration can help you identify Chaetomium. If you suspect Chaetomium within your household, it is ideal to hire a mold removal professional for an in-depth inspection and efficient removal.

The Chaetomium fungus type can cause several health concerns in humans and pets that come in contact or even through inhalation. Some of the common health concerns are as follows:

Studies have also linked neurological damage to myelin sheath from excessive exposure to Chaetomium. This in turn links the autoimmune diseases like lupus and multiple sclerosis to this mold species.

The appearance of Chaetomium in your house indicates a severe moisture balance issue. In order to eradicate this mold type, mold specialists usually inspect your house with special tools and systems to identify the areas that are moist or damp prior.

The leaks or the reasons for dampness in such areas have to be contained along with the mold removal process to prevent mold re-growth and facilitate efficient removal.